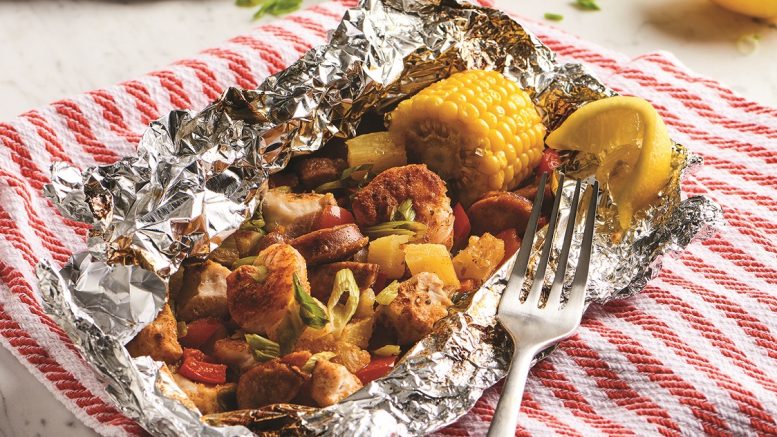 (Family Features) While they may not strap on helmets and head to the field for kickoff, football fans often feel like they’re as much a part of the game as the players themselves. When the team is in the locker room laying out the game plan, scores of fans are fueling up with tantalizing tailgate foods.

In fact, many tailgaters believe food is the most important aspect of the pregame festivities, and one trendy way to feed your crowd is with small plates, appetizers, samplers and innovative sides that feature a variety of flavors like these ideas from the experts at Aramark.

As tailgate grub continues to trend toward easy and quick, Sweet Heat Foil Packets provide another no-mess, single-serve solution. Load up individual packets with shrimp, chicken, andouille sausage and favorite veggies then head to the game and grill on-site for a hot meal to fire up your fellow fans.

Fold foil in half over filling. Fold edges of foil tightly toward filling to seal packets.

Grill 15 minutes with lid closed until chicken and shrimp are cooked through. Season to taste with salt and pepper.