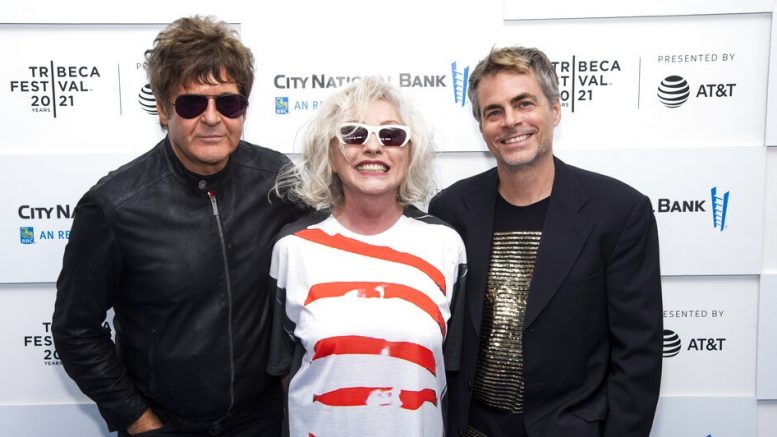 Clem Burke, from left, Debbie Harry and Rob Roth attend a screening of "Blondie: Vivir En La Habana" during the 20th Tribeca Festival in New York on June 16, 2021. Blondie, Bryan Adams, R.E.M., Snoop Dogg, Gloria Estefan, Heart and The Doobie Brothers are among the nominees for the 2023 Songwriters Hall of Fame. (AP)

NEW YORK (AP) — Bryan Adams, R.E.M., Blondie, Snoop Dogg, Gloria Estefan, Heart and The Doobie Brothers are among the nominees for the 2023 Songwriters Hall of Fame, part of a dazzling list of talented acts who left their mark on country, pop, rap, Broadway, post-punk, Latin and New Jack Swing.

The ballot includes the musical theater duo of Lynn Ahrens and Stephen Flaherty, who wrote “Ragtime” and “Anastasia,” as well as soul-jazz vocalist Sade, whose 1980s soft rock hits include “Smooth Operator” and “The Sweetest Taboo.”

Two veteran rock stars are also nominees: Patti Smith — whose songs include “Because the Night” and “Dancing Barefoot” — and Steve Winwood, whose hits include “Higher Love” and “Roll With It.” Vince Gill is once again a nominee, having first made the ballot in 2018.

Eligible voting members have until Dec. 28 to turn in ballots with their choices of three nominees from the songwriter category and three from the performing-songwriter category. The Associated Press got an early copy of the list.

Jeff Lynne of ELO, who penned “Mr. Blue Sky” and “Evil Woman,” faces off against the “Losing My Religion” R.E.M. quartet led by Michael Stipe, as well as sisters Ann and Nancy Wilson of Heart, who showed women could rock hard with songs like “Barracuda” and “Crazy On You.”

Debbie Harry, Chris Stein and Clem Burke are eligible for the hall as Blondie, who gave us the New Wave hits “Call Me” and “Rapture,” and Snoop Dogg would join such rappers as Missy Elliott and Jay-Z should he make the cut. Estefan is credited for popularizing Latin rhythms with such crossover smashes as “Rhythm Is Gonna Get You” and “Let’s Get Loud.”

Two classic rock icons compete as Adams — with radio staples like “Summer of ’69” and “Have You Ever Really Loved a Woman?” — contends with The Doobie Brothers and their always-in-rotation “Listen to the Music” and “Long Train Running.”

Nominees who work behind the scenes include Glen Ballard, who helped write Alanis Morissette’s monster 1995 album “Jagged Little Pill” and was involved in the recording and writing of Michael Jackson’s albums “Thriller,” “Bad” and “Dangerous.”

Veteran songwriter Tom Snow, who worked with Olivia Newton-John, Barbra Streisand, Cher, The Pointer Sisters and co-wrote “Let’s Hear It for the Boy” from the movie “Footloose,” is also eligible. “Footloose” connects another nominee, Dean Pitchford, who collaborated on the score, which went to No. 1 on the Billboard album charts, knocking off “Thriller” in 1984.

The nominee list includes Teddy Riley, the singer, songwriter, and producer credited with creating New Jack Swing and its top anthems like Bobby Brown’s “My Prerogative” and Keith Sweat’s “I Want Her,” and Liz Rose, who co-wrote many songs with Taylor Swift, including “You Belong with Me,” “Teardrops on My Guitar” and “White Horse.”

There’s also country songwriter Dean Dillon, who wrote songs with Toby Keith, George Strait and Lee Ann Womack; pop songwriter Franne Golde, behind such hits as Jody Watley’s “Don’t You Want Me” and “Nightshift” by the Commodores; and the duo of Bobby Hart and Tommy Boyce, who penned many of The Monkees’ hits.

The Songwriters Hall of Fame was established in 1969 to honor those creating the popular music. A songwriter with a notable catalog of songs qualifies for induction 20 years after the first commercial release of a song.