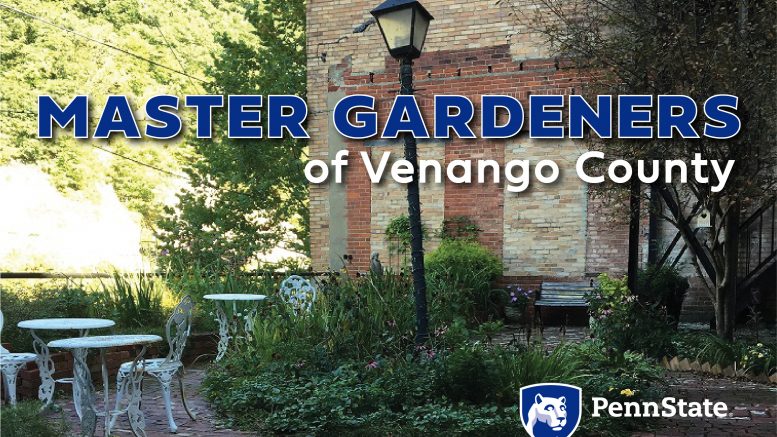 Before learning about the history of herbs and spices, it is necessary to define these terms. Herbs are the fresh and dried leaves generally of temperate plants and are usually green in color. In Pennsylvania, we live in a temperate climate characterized by summers and winters of similar length. Spices are the flowers, fruit, seeds, bark, and roots typically of tropical plants and range from brown to black to red in color. In general, spices have a more pungent flavor than herbs. It is possible for one plant to provide an herb and a spice. For example, for the plant Coriandrum sativum, the leaves are used as the herb cilantro while the seed is used as the spice coriander.

The Ebers Papyrus is an Egyptian scroll listing plants used as medicines, which dates back to about 1550 B.C. Some spices listed are anise, mustard, saffron, cinnamon, and cassia. Cinnamon and cassia are native to southeastern Asia and China, not Egypt. The scroll serves as evidence that the spice trade was in existence at least 3,500 years ago.

Starting around 950 B.C., Arab merchants caravanned by donkeys and camels through India, China, and southeastern Asia on the Incense Route to provide valuable spices to the Greeks. When Alexander the Great conquered Egypt in 80 B.C., he established Alexandria as a port used in the spice trade for centuries. Early Romans expanded the use of spices in foods, medicines, and indulgent items such as lotions and perfumes. During these times, large amounts of gold and silver were traded for spices. After the first century, Rome established a direct trade with India via the Red Sea, and effectively broke the Arab monopoly on the spice trade.

Romans then introduced spices throughout Europe, where they became very popular. When the Goths, a tribe living on the Danube River in Europe, overtook Rome in 410, they demanded and received gold, silver, silks, other valuables, and 3,000 pounds of pepper as ransom to spare Roman lives. Trade between Europe and eastern Asia nearly disappeared for 400 years after the fall of Rome in 476, but was later revived in part due to the publishing of Marco Polo’s memoirs in the late 13th century. In his memoirs, Polo described his travels to the Orient and the spices grown there. Europeans then began searching for water routes to the Orient.

Beginning around the 14th century, ocean exploration advanced, and sea routes from Europe to eastern Asia were discovered. In 1492, Christopher Columbus discovered the New World while searching for a shorter water route to find black pepper and cinnamon. From 1519 to 1522, Spain discovered a water route to the Spice Islands (the Moluccas, near Indonesia) where cloves, nutmeg, mace, and pepper were produced. Those who controlled the spice trade got rich, as prices were very high. By the early 1800s, spice plantations were established in other locations around the world ending the spice trade cartel forever. The United States entered the spice trade, as it now exists, in the late 1800s and is the largest spice importer and consumer in the world. From 1990 to 1994, an average of 530 million pounds valued at $372 million were imported into the United States.

The use of plants as herbs has been important to all cultures since long before history was recorded. Hundreds of tribal cultures have used wild and cultivated herbs for medicinal and food purposes for thousands of years. Herbs are mentioned in Genesis, the first chapter of the Bible, and throughout its text. As civilizations developed so did the knowledge for the use of herbs.

The study of herbs is well-documented. Evidence of early herb gardens dates to Europe in the Middle Ages. Egyptian schools of herbalists have existed since 3000 B.C. Scholars were interested in herbs medicine, cosmetics, cooking, history, and folklore. Most herbs are symbolic. For example, borage (Borago officinalis) was given to those who needed courage, while rosemary (Rosmarinus officinalis) was given to others for remembrance. In the past, herbs were only available during the warm months of the growing season, and at other times consumers had to purchase dried herbs.

Today, the business of producing fresh herbs for consumption has become one of the fastest growing industries in agriculture. The United States produces about 200 billion pounds of herbs and spices per year.

This educational blog is a series of informative articles from the Penn State Master Gardeners volunteers plus news concerning the group and their activities. For more information, click here.