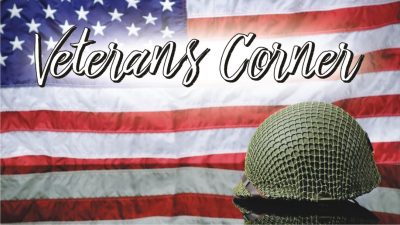 VFW National Commander Tim Borland sent a letter to President Biden urgently asking him to make the repeal of concurrent receipt laws a legislative policy priority in the White House’s fiscal year 2024 defense budget request. “Erroneously justified by Congress to prevent “double-dipping,” this policy is nothing more than a way to save money on the backs of veterans,” wrote Borland. “No veteran should question the value of their service to our country due to an unethical budget gimmick.” Offsetting, which forces veterans to forfeit all or part of one benefit to pay for another, is a widely employed practice under concurrent receipt laws. Aside from the 2020 repeal of the “Widow’s Tax,” no substantive concurrent receipt reforms have occurred since 2004.

With the passage of VFW-supported Honoring Our PACT Act, VA has made information available for survivors regarding Dependency and Indemnity Compensation benefits. If you are the survivor of a service member or veteran who died from a service-connected condition linked to burn pit exposure, contact a Credited Veterans Service Officer today to discuss your VA claim.

On Jan. 27, 1973, the Paris Peace Accord was signed. The United States, South Vietnam, Viet Cong, and North Vietnam formally signed “An Agreement Ending the War and Restoring Peace in Vietnam” in Paris. Due to South Vietnam’s unwillingness to recognize the Viet Cong’s Provisional Revolutionary government, all references to it were confined to a two-party version of the document signed by North Vietnam and the United States. The settlement included a cease fire throughout Vietnam. In addition, the United States agreed to the withdrawal of all U.S. troops and advisors and the dismantling of all U.S. bases with in 60 days. In return, the North Vietnamese agreed to release all U.S. and other prisoners of war. Over 58,200 Americans were killed in the war. They still suffer with disease and wounds. Many suffer from wounds that can not be seen, like PTSD. To all my vietnam brothers and sisters, “welcome home”.

Army Air Forces 1st Lt. Melvin B. Meyer, 25, of Pattonville, Missouri, was assigned to the 569th Bombardment Squadron, 390th Bombardment Group, 13th Bombardment Wing, 3rd Air Division, 8th Air Force. On May 29, 1944, the B-17G Flying Fortress bomber on which Meyer was serving as bombardier was shot down by enemy fighters northeast of Leipzig, Germany. Myer will be buried in St. Louis, Missouri, on a date yet to be determined.

Army Pfc. Mark P. Wilson, 20, of Elizabethton, Tennessee, was assigned to Company A, 1st Battalion, 112th Infantry Regiment, 28th Infantry Division. On Nov. 8, 1944, his unit was tasked with holding the town of Kommerscheidt, Germany, in the Hürtgen Forest, when he was reported missing in action. Wilson will be buried in Arlington National Cemetery in Arlington, Virginia, on a date yet to be determined.