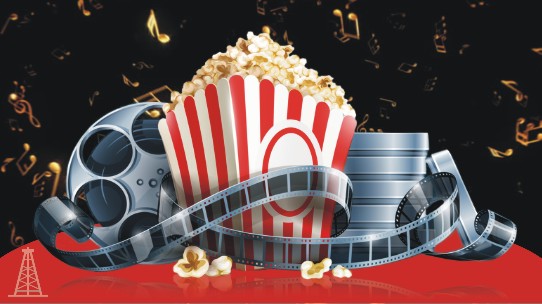 PHILADELPHIA — With HBO’s Mare of Easttown and other big-budget productions taking most of Pennsylvania’s film subsidies, small-budget independents felt left out. Few taxpayer subsidies were available for them. So they applauded over the summer when state lawmakers fattened the film tax credit pot by 43% to $100 million and set aside $5 million especially for Pennsylvania-based companies.

“We didn’t want it all to go to one company,” Rep. Stan Saylor the Republican head of the House Appropriations Committee, said of the $5 million tax credit, known as “the reserve.”

“It was to be handed out to several small companies vs. big Hollywood studios that could tap into the other money,” he said.

But Pennsylvania independent filmmakers have heard a chorus of rejections for tax credits as they learned that the entire $5 million was steered by a state agency to one of the state’s big-time filmmakers, M. Night Shyamalan, whose company is based in Berwyn.

The Department of Community and Economic Development (DCED), which oversees the Pennsylvania film office, confirmed last week in an email that Shyamalan got the tax credit for “Knock at the Cabin,” a film slated for release in 2023. The state agency said that the law failed to specify how many film-production firms should be awarded a tax credit — and thus it could go to a single firm, instead of the several Saylor envisioned when championing the law.

A big-budget film production leads to “a much larger impact on our economy,” DCED’s press office said. “The Pennsylvania film tax credit program is an economic development tool to help grow Pennsylvania’s local economies, support small business, and keep as many Pennsylvanians employed for as long of a time as possible.”

Pennsylvania filmmakers say Shyamalan should be supported as the credits help offset the cost of producing films in the state. But they should be allocated out of the $95 million, not the $5 million.

“No one deserves the tax credits more than Night. He started here. He consistently stays loyal to Pennsylvania,” said Andrew Greenblatt, a Philadelphia filmmaker and chief executive officer and executive director of the Philadelphia Film Society.

“His (tax) credits always come from the traditional allotment in Pennsylvania budget, and they should still come from there,” Greenblatt said. “He should be at the front of the line. At the same time, the Pennsylvania Film Office should follow the intent of PA lawmakers to support and encourage more films from local filmmakers and build up the industry in Pennsylvania.”

A Shyamalan media rep spoke on the phone about the issue but did not call back.

To qualify for the tax credit, the company has to be based in Pennsylvania, a majority of its owners have to be Pennsylvania residents, and it has to employ fewer than 15 full-time staffers, the law says. Pennsylvania requires that the company complete an affidavit to qualify. Shyamalan’s affidavit was not publicly available, but film-industry experts say that companies for specific film projects can be legal entities with few employees.

The current tension between big film projects and smaller ones reflects both the evolving view of the film tax credit program by independents and the changing dynamics in the entertainment business.

Pennsylvania’s film tax credit program has been effective in putting the state on Hollywood’s radar, experts say. Smaller state-based firms, though, believe that credits can do more to grow a local film industry with emerging talent.

“If you want to build an industry, the idea is to incentivize small companies,” said Ray Carballada, managing director of AmpiFLY, a video agency and production company in Philadelphia. Several smaller projects can have the same economic impact as a big project, he said.

Carballada believes that the state’s “scoring system” — or how the state measures which projects are awarded tax credits and which are not — has become outdated as “the industry has changed tremendously.”

As for the $5 million tax credit going to one project, Carballada said: “I don’t understand how that happened. Everybody knew what it was for.”

DCED does not publicly release its scoring measures. And it said the $5 million reserve was scored in the same way as the $95 million and Shyamalan easily met all the criteria.

In some years over the last decade, the DCED awarded film tax credits to 40 or 50 projects. But the trend is clearly toward fewer and bigger-budget films.

According to its film tax credit tracker, the DCED funded nine projects for the most recent fiscal year. Eight of those projects were awarded at least $4 million of tax credits. The biggest was $15.3 million in tax credits for Servant, a TV series for Apple TV+. Shyamalan is listed as one of the executive producers.

The only small-budget project: Heroin Film, with $65,712 in tax credits.

One of the biggest recipients in recent years was Mare of Easttown, a crime drama, awarded $26.5 million in film tax credits.

Sharon Pinkenson, executive director of the Greater Philadelphia Film Office, does not make the decision on state film tax credits. “I advocate for tax credits for our filmmakers,” she wrote in an email. The DCED film office “makes the decisions of who gets them and who does not,” she wrote.

DCED received applications that would have totaled about $250 million in film tax credits in the current budget cycle but had the budget to award only $100 million, a state official said.

Former Philadelphia mayoral candidate Sam Katz, who now runs the Philly film company History Making Productions, advocated for the small-company set-aside over two legislative sessions. “You have to start somewhere,” Katz said of the $5 million. “Disney did not start with a million workers.”

Katz said he was “dumbstruck” by DCED’s decision to bypass small producers and toss the tax credits to Shyamalan.

Katz also believes that Shyamalan deserves Pennsylvania film tax credits. But Katz doesn’t believe he’s a small operator who should be awarded out of the $5 million reserve.

Greenblatt, the Philadelphia filmmaker, said he was awarded film tax credits in 2010 and 2015. The state rejected his latest project about two weeks ago. He applied for $500,000 in tax credits for Rittenhouse Square, a film about a relationship between a homeless man and a young street busker.

The state agency told him, Greenblatt said, the $2.2 million film project was not economically competitive with other projects. The decision made him reconsider future projects in Pennsylvania.

“To not get this,” Greenblatt said, “it’s going to make it very hard to justify producing a film in Pennsylvania again unless the tax credit decision-making process changes.”