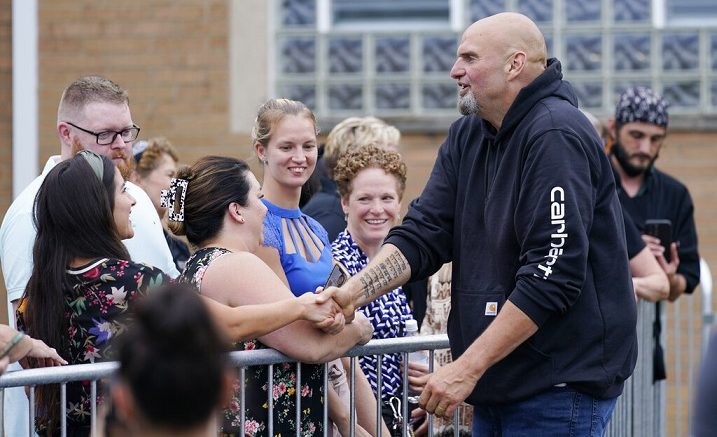 HARRISBURG (AP) — Democratic Senate candidate John Fetterman of Pennsylvania will participate in just one debate, his campaign said Wednesday, after weeks of his Republican rival, Dr. Mehmet Oz, pressuring Fetterman and aggressively questioning the severity of his lingering health problems from a stroke.

Fetterman’s campaign said he will participate in a televised debate in mid- to late October. The campaign gave no other details, including why he would agree to just one debate. Oz’s campaign immediately dubbed it a “secret debate,” with no details on when or where.

Politico was first to report that Fetterman had agreed to one debate.

As the general election grows closer, Oz, a celebrity heart surgeon and political novice, has begun stepping up his questioning of Fetterman’s fitness for office after he suffered the stroke in May. Fetterman’s campaign has said Oz was operating in bad faith by insisting on debates and said his motivations were really “about mocking John for having a stroke.”

Fetterman, the state’s lieutenant governor, and Oz are vying to replace retiring Republican Sen. Pat Toomey in a race Democrats see as one of their best chances nationally to flip a Republican-held seat. The winner in the battleground state could help decide the chamber’s partisan control next year.

Oz, who has been endorsed by former President Donald Trump, has accused Fetterman of lying about the seriousness of his stroke. Fetterman has said that he almost died after suffering the stroke just days before the Democratic primary.

Fetterman’s campaign had previously said he was willing to debate but wants a debate that can accommodate the lingering effects of his stroke, in particular his diminished auditory processing speed — he cannot always respond quickly to what he’s hearing. In brief public speaking events, Fetterman also has struggled to speak fluidly.

It was not immediately clear what accommodations Fetterman would be looking for in his debate appearance, but has used closed-captioning in video interviews with reporters.