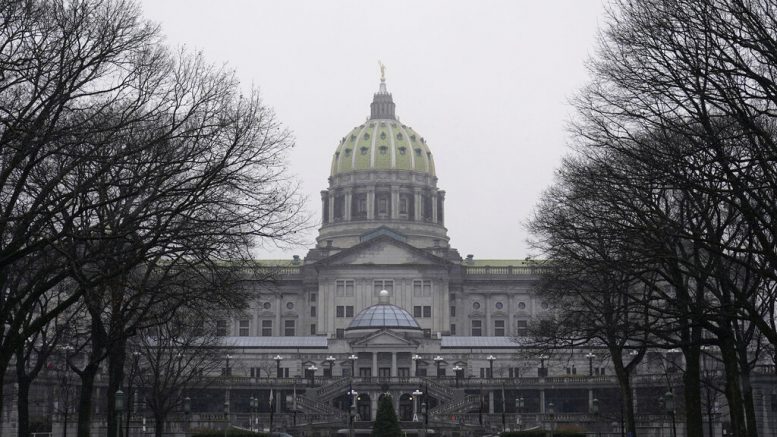 HARRISBURG (AP) — Partisan control of the state House of Representatives hung in the balance Tuesday as Pennsylvania lawmakers, their families and supporters arrived at the state Capitol to be sworn in for the new two-year legislative session.

State representatives must elect a speaker to serve as their chamber’s presiding officer, but the November election was so close — and complicated by the death of one Allegheny County Democrat and resignations of two others — that what is normally a highly scripted event is instead a moment of drama and uncertainty.

Democrats flipped a net of 12 seats, the minimum amount needed to take over the chamber, 102-101, after more than a decade in the minority. But that margin is now 101-99 for Republicans because state Rep. Tony DeLuca died of cancer a month before winning reelection, Rep. Summer Lee quit to become a member of Congress and Rep. Austin Davis resigned ahead of becoming lieutenant governor.

Nearly a quarter of the House are newly elected members, turnover driven by retirements and incumbent defeats caused in part by redistricting that occurred after the 2000 census.

The speaker during the 2021-22 session, Rep. Bryan Cutler, R-Lancaster, has said he no longer wants the job. As the House GOP’s designated floor leader, Cutler filed a still-pending lawsuit designed to delay the special elections to fill the Lee and Davis seats until May.

The Democratic floor leader, Rep. Joanna McClinton, of Philadelphia, has moved to schedule those elections for Feb. 7, when voters will pick a successor to DeLuca.